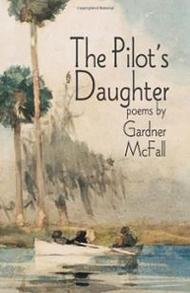 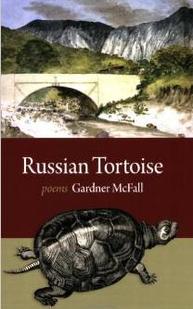 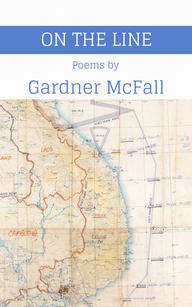 “Speaking of her father, lost in the Vietnam War, Gardner McFall writes: “I have kept / all the doors open in my life / so that he could walk in...” The vibrant, deeply felt poems in this book open doors for the reader, allowing us to enter her experience as if they were our own.” -- Linda Pastan

“Gardner McFall’s poems are poised, even delicate — or delicate the way an insect’s antennae, its feelers are — as she explores the outer world for correspondences to inner states, allows images to retrieve memories. She is a naturalist of the heart, an analyst of the world.” -- J.D. McClatchy

​“Gardner McFall has the gift of conveying the sense of mystery in literal scenes — her poem “Peninsular Life” is a telling instance — and the force of subjective musings. Her work reaches painful intensity when it centers on her father’s death in war: especially in “Missing,” “Facts,” and the title-piece, “The Pilot’s Daughter.” But she can also discover a kindred intensity, almost uncanny, in moments of mesmerized natural observation." -- M.L. Rosenthal

"The ardors of domestic experience, mostly from one generation to the next, are what fuel her poems to their (often fierce) heat. I salute the intimate heroism thus revealed, even unmasked." -- Richard Howard

“The poems in Gardner McFall’s Russian Tortoise are informed by a sense of fragility and loss. In this they may be said to be elegiac in tone. But these elegies are concerned not so much with lamenting the dead than with using the example the dead have provided to celebrate lives of common beauty and to do justice to the odd, the wayward, and the broken. The result is a wise and moving book.” -- Carl Dennis

"Their patient gravity enlivened by sly flickers of humor, the best poems in Gardner McFall's second collection turn an attentive gaze on creatures (the eponymous tortoise; a house cat; a water buffalo) whose significance feels totemic...Many of these poems have an undertow of sorrow and loss, the more effective because of their restraint." -- Rachel Hadas, The Times Literary Supplement

“Wanting answers seems to me essential to Gardner McFall’s work, which is deeply curious, deely speculative. She asks a question and strives to frame the response through and act of imagination. Her poems pose serious questions without overdramatizing their urgency. What were a mother’s last thoughts? What did a father see from his bomber over the rice-fields of Vietnam? What difference does time make? At the end of “Begin” (the first poem in her book), she writes: “Haven’t you grasped anything yet? / Your life is half way up...” and answers with: “Trust yourself; begin.” This is good advice for us all, I think.” -- Jane Shore

“I have admired Gardner McFall’s work since I first read The Pilot’s Daughter—her first and important book, with its poignant poems exploring the love and grief of a daughter who lost her father to the conflict in Vietnam. I have long waited for her next book, and now, happily, here it is, filled with the rich, wise, and beautiful poems of maturity. Gardner McFall’s poems tell us much we need to know about full vision, blocked vision, and the partial vision of being human." -- Jan Heller-Levi

​“The story told in Gardner McFall’s "On the Line" enriches the literature of war poetry, expressing a range of responses to loss - bereavement, bewilderment, empathy, inquiry, forgiveness....The structure of "On the Line" is refreshingly simple... [There is not] a wasted poem in the sequence. The poet chooses her language well and economically...” -- Sarah White, American Book Review, Volume 41, Issue 5 (July/August 2020), partial review available through ProjectMuse, Johns Hopkins University

"The poems in Gardner McFall’s poignant, stirring collection “On the Line” fit together like links in a bracelet.  Love and light irradiate from the story of her pilot father lost at war and his daughter’s becoming herself in his absence, while keeping all the doors of her life open, though she knows the “death-plane” will never return out of the foggy night.  Anger, longing, regret, & grief are part of this translucent self-portrait, but also the lucky knowledge that nothing is to be gained from lingering in “history’s dark rooms.”   Out of the blood and valor of war, with its infinite losses, Gardner McFall has created a polished, durable sequence of poems lit with piercing glances into the American life.  What a touching and wonderful little book." -- Henri Cole

"On the Line is a remarkable collection of poems whose loss is both universal and deeply personal. Gardner McFall, the daughter of an American pilot who went missing in the Vietnam war, portrays her own daily experience as wife and mother while all the while lamenting her father’s death: “I have kept / all the doors open in my life / so that he could walk in.” Ironically, she remembers how he dutifully accepted his command, yet privately confessed, “We can’t win,” a bitter truth the world was to discover about the war. Decades later, trying to make sense of it all, the poet retraces her father’s path by traveling to Vietnam. Deepening the quest, she delves into history, myth, and the truth that can be found in the poet’s imagery. Her search is never-ending, and it is our search. Her grief is ours." -- Grace Schulman

"Missing," "On the Line," and "Blue Raft" in Inheriting the War: Poetry and Prose by Descendants of Vietnam Veterans and Refugees, Lauren McClung, editor, Foreword by Yusef Komunyakaa (Norton), 2018